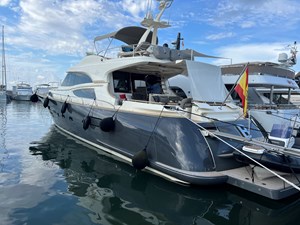 Mochi Craft Yachts was founded by Luciano Mochi Zamperoli in the sixties in the port of Pesaro, Italy and then moved to Fano. Mochi Craft had had widespread successes in building power boats for both the local Italian market and the German market for decades, and Luciano was considered a founding father of power yacht building industry in Italy. In a side note of history, Luciano met the Ferretti brothers at a Genova Boat show in the late 60's and he was the one who suggested that they move from building sailboats to building power boats.

They created the Lobster boat model, the Dolphin line and an Explorer yacht line.

The Dolphin models take the traditional New England Lobster boat sensibilities and efficiencies and enhance them with Italian design details and hull developments by AYT, creating a classic but stylish look that is highly functional and very seaworthy.

If you would like further information on Mochi Craft Yachts for sale please Contact Us for more information. We look forward to assisting you in purchasing a Mochi Craft for sale.