The Tales of Two Sterling Yachts 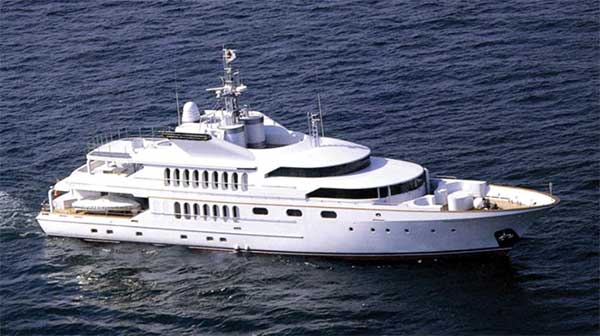 First let me start by saying that there are a whole lot of things right about these two boats. At the time of their launches they were ground-breaking vessels, both in construction and design. They were also two of the largest fiberglass yachts built and were considered radical Jon Bannenberg designs. 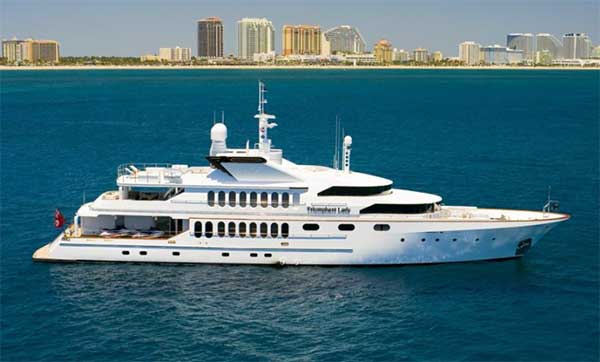 Both yachts were built in the same mold and at launch had the same dimensions and very similar specifications. They had a LOA of 147' (44.81m). TRIUMPHANT LADY was extended in 2009 to 155' (47.24m) by the addition of an Euro style swim platform. Both yachts have a beam of 26' 6" (8.11m). When you look at the specifications posted on line for the sale of the two boats they show different beams but researching back to the original launch specifications shows both boats have the same beam. 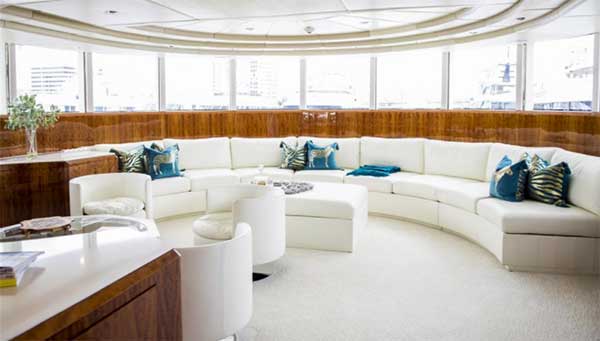 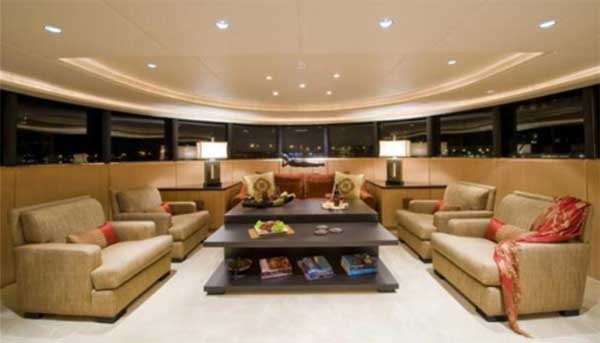 There appears to be a number of discrepancies between the listing specifications of the two vessels and the original specifications. Some appear to be mistakes in translation from Liters to US Gallons. The oldest specifications I can find show the Fuel at 62,267 L which is 16,502 US Gallons. In other specifications they show 13,700 Gallons which is 51,860 L. However if you take 62,267L and change that to IMPERIAL GALLONS you get 13,700 Imp Gal and you take 13,700 US Gallons to Liters and you get 51,860L. So I am fairly confident both vessels have the same amount of fuel. 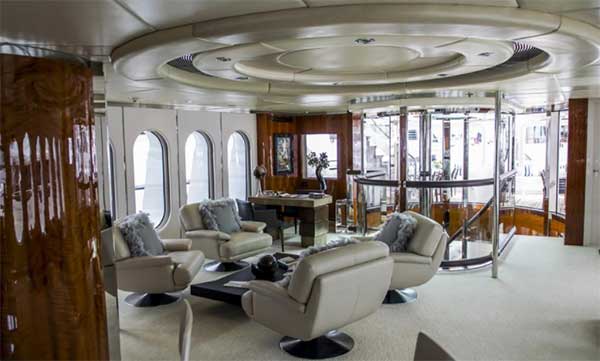 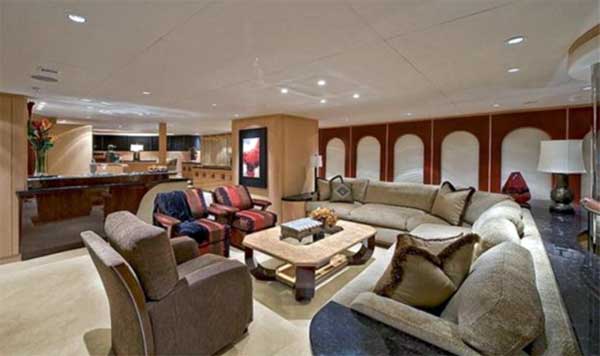 Let's talk about hull. As noted above, both boats were built from the same mold. Both were built to and delivered in ABS class. Both are no longer in class. During build a destructive test was done of the hull material, Coremat carbon fiber sandwich, and it was compared to 8mm (.31") steel plate. The 8mm steel plate failed at 340 kg and the Coremat failed at 1,654 kg which gives it a strength of almost 5 x the 8mm steel plate. It was also noted in the results that, even after structural failure, the Coremat still retained its water-tight integrity. It is understandable that, in the industry, these vessels have the reputation of being very solid, seaworthy vessels. The hull form is full displacement and both of these vessels are proven world cruising vessels. Being built to ABS class means that they have all of the proper water-tight bulk heads required for this type of vessel. 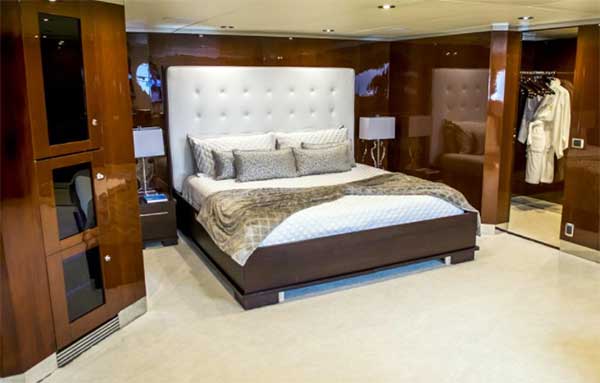 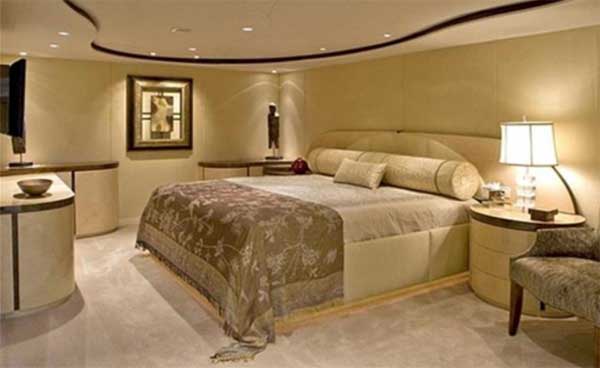 Both boats have not been kept in class and it would be very expensive to put them back in class with all of the new rule changes they would have to meet. However, they can be put into commercial class with Marshall Islands and other flags with minor expense. This will allow them to charter worldwide.

In my opinion the key to which of these vessels to buy is in the refits that have been done and what are the most important features you, as the buyer, are interested in. 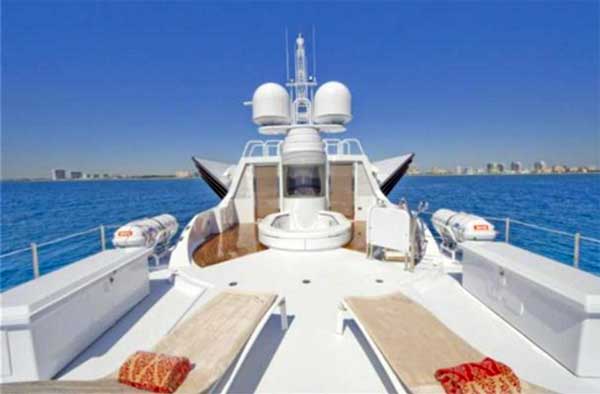 In the past I would have given TRIUMPHANT LADY a leg up on MATRIX ROSE because of her 3512 Caterpillar engines, but since the engines on MATRIX ROSE were replaced with brand new updated 16n-MTK Mitsubishi engines, I feel they are now equal in this regard. 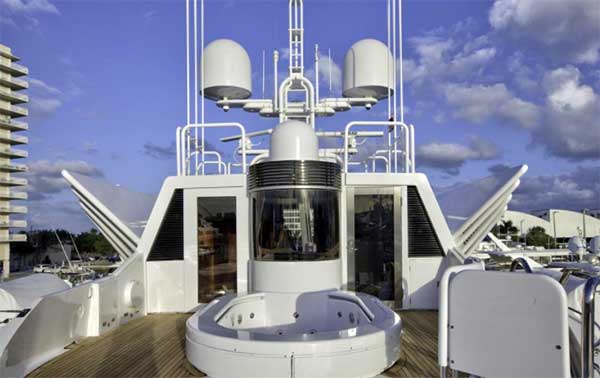 The two refits were done with two different driving forces. The owner of TRIUMPHANT LADY, having cruised the boat for 8 years, wanted to get her ready for a 5 year world circumnavigation. She knew what she wanted to change, and her crew knew what needed to be done. The main driving force was of a broad focus, with a large percentage of the funds spent on a new interior and layout changes, and the extension. In addition to this, they did update and modernize a lot of the equipment and systems. The refit was extensive and expensive with reportedly over $12m spent on her. Many of these upgrades and changes are as fully viable today as the day they were done. However, the equipment upgrades and the interior are now 9 years old and coming into another refit cycle. The present asking price has to be lowered to reflect this but a buyer should be aware that the boat will need servicing and updating. 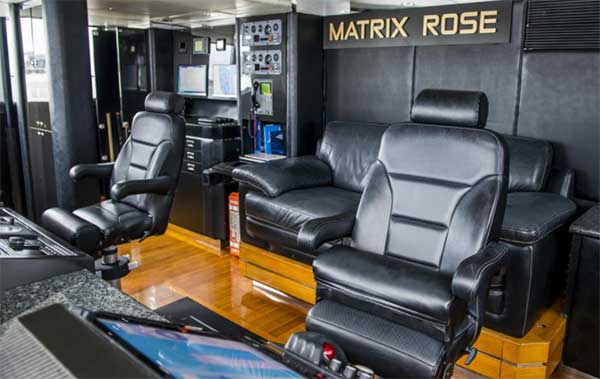 MATRIX ROSE was purchased with the mission to do a world circumnavigation also. When purchased she was in need of a major refit in all areas. The owner put her in the yard and started a major mechanical and systems upgrade. Unfortunately during the time of the refit the owner passed away and the vessel transferred into the estate. This caused a break in the refit work until it was determined that the best course of action was to finish the refit and then offer the boat for sale. 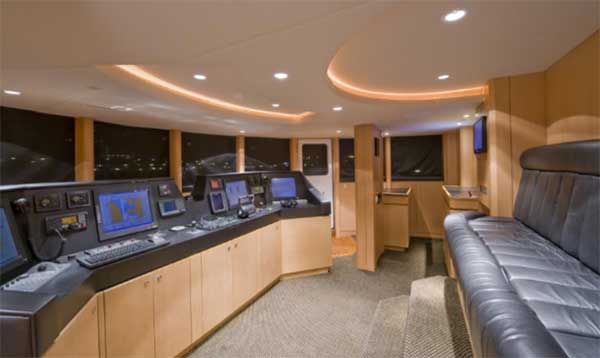 I inspected MATRIX ROSE during the Palm Beach boat show. She had just come out of the yard and was in fully operational order but there were still a number of items to be completed, some of which were final detailing items and others that were more extensive. 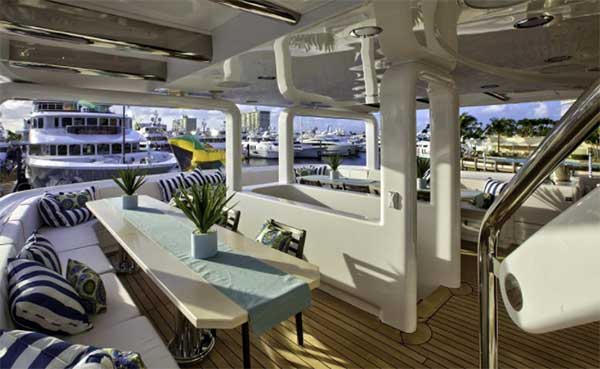 It was reported that over $6m was spent on the refit but because of the interruption it was felt that real value put into the vessel was a bit over $5m. The majority of the funds was spent in the engine room and navigation/communications suite. They not only replaced equipment but they updated sound and vibration technology and she is reported to be very quiet and vibration free. Most of the interior equipment in the galley and service areas was replaced, the decks were replaced, and the deck gear and all of the safety equipment were serviced or replaced.

The list is extensive. The interior is in good condition but shows its age in areas and will need updating but I see no reason to remove and replace it as was done on TRIUMPANT LADY. 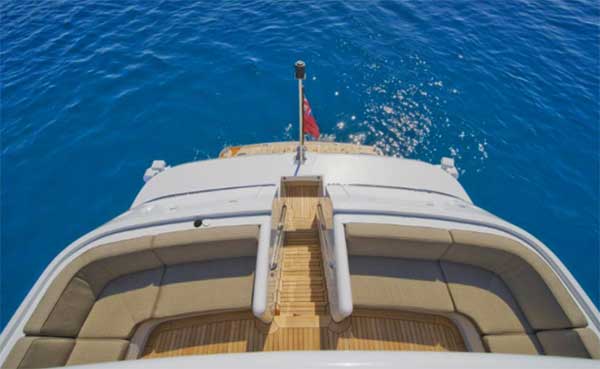 So the multi-million dollar question is which is the better boat or value?

The answer is, it depends on what you, as the buyer, prefer and the value of your time. 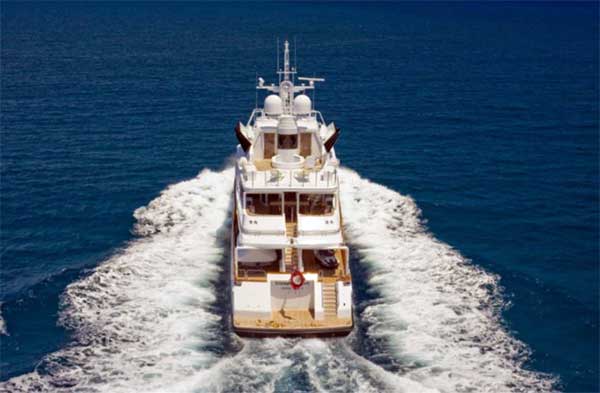 I think both yachts could be very good value, and there is no question that they are both great vessels to cruise the world in. If you are divers and extensive water sports people then the extension of TRIUMPHANT LADY to create a euro transom will have great value to you. If you are highly security minded, the transom on MATRIX ROSE has advantages. 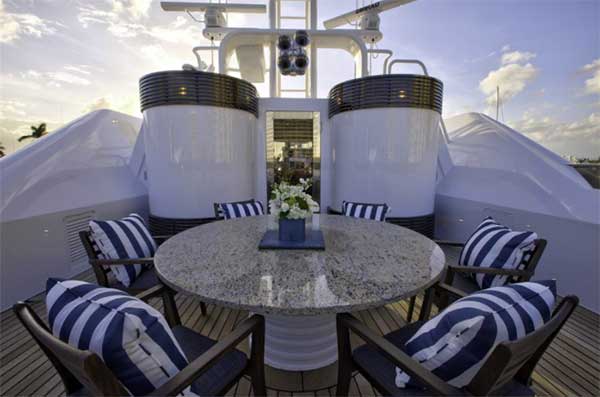 If you enjoy designing and updating interiors, then the work needed to finish MATRIX ROSE will be a pleasure. If you are mechanical and do not mind a 6 to 10 month refit before leaving on your cruise then TRIUMPHANT LADY would be a good choice.

As to which I think will be the best value over all?

Please give me a call and I will be happy to discuss this with you.